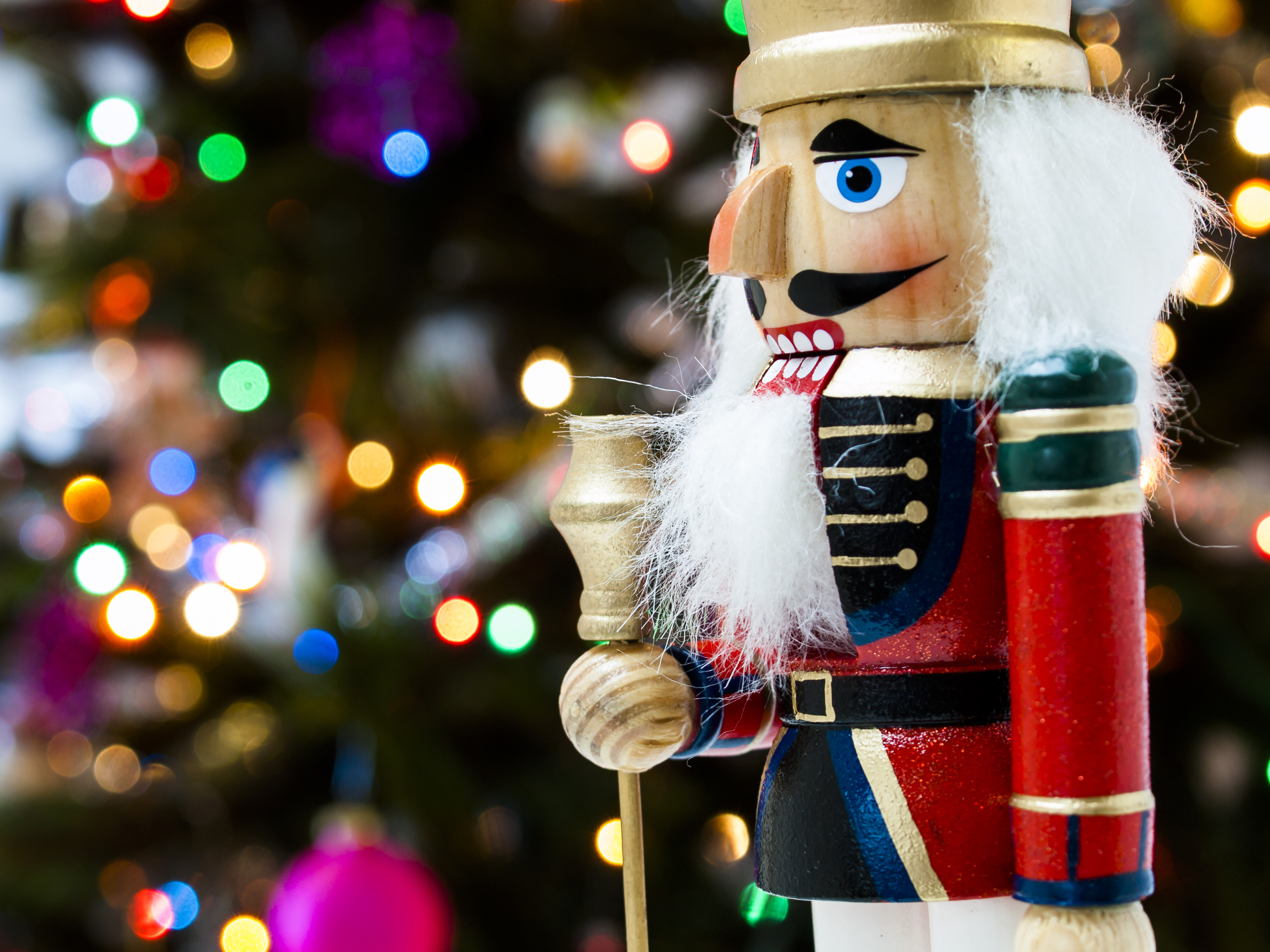 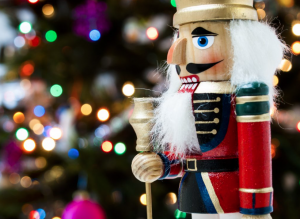 Perhaps I should have titled this post, “Everything You Always Wanted to Know About Nutcrackers but were Afraid to Ask.”

I became fascinated with Nutcrackers when my 3-year old discovered them and lit up everytime he came near one. I know this is a Christmas Lights blog but let’s be crazy and think about our little wooden friends.

Now what do you think of when you hear the term ‘nutcracker’? You probably envision the tool that somewhat resembles pliers. These functional nutcrackers feature two steel fingers (for lack of a better word) joined at a pivot point next to which you insert your nut and squeeeeeeze. They can be used to crack not only nuts, but also for cracking the shells of sea creatures such as lobster and crab.

And now for historical data…….. putting on professor jacket……

It is thought that the earliest manner of breaking open nutshells was by using a stone. It was later that specific tools were designed to make cracking nutshells much easier. Nutcrackers were relatively simple tools at first. Then, during the 16th and 17th centuries, villagers in Switzerland, Germany, France, and England began to create beautifully crafted nutcrackers. It is with those simple villagers that the nutcracker story truly begins.

The villagers in the German regions of Erzgebirge and Sonneberg worked long hours in the mines to earn a meager living. They had little to show for their hard work while those in authority seemed to have everything. In the winter, when work couldn’t be done in the mines, the villagers carved wood to pass the time. They began carving nutcrackers!

Nutcrackers became an art form. They took on the appearance of everything from humans (resembling dolls), animals, and birds. When a nut was placed in the “mouth” of the doll or animal, the fruit of the nut was released by using screws or levers on the back of the nutcracker to move the lower jaw against the upper jaw, effectively crushing the nut. The villagers were amused at this sight because it seemed as though the dolls, often times made to look like soldiers, were cracking nuts for them – a lowly task at best.

Once the mines had given all they had, the villagers began carving nutcrackers all year long. Over time, the soldier nutcrackers became extremely popular and were sold throughout Europe. It became tradition to have a soldier nutcracker standing next to a bowl of nuts on your table during the holidays.

Moving forward to the 18th century, the nutcracker was a unique combination of both an attractive addition to any home and a functional tool. In the 1830’s, the term “nusscracker” was seen in the first dictionary of High German and was defined as “often in the form of a misshaped little man, in whose mouth the nut, by means of a lever or screw, is cracked open”.

Probably the most popular nutcrackers resembled kings and soldiers. Nutcrackers are said to inspire E.T.A. Hoffman’s fairy tale “Nusscracker und Mausekonig”. From humble beginnings to inspiring a writer, nutcrackers have since become a symbol of not only function but also as collectors’ items.

In America, the passion for collecting nutcrackers seemed to emerge sometime in the early 1950’s. Discovered in open-air markets by American soldiers stationed in Germany during World War II, the nutcrackers accompanied the soldier when he returned home from the war and thus, the tradition of the Nutcracker was brought to America. According to German folklore, it was believed nutcrackers protected a home from evil. Around the same time, Tchaikowsky’s ballet, “The Nutcracker Suite” became popular in America, further fueling the passion for collecting nutcrackers.

Some of the higher quality nutcrackers we see today still feature careful hand carving. Each nutcracker is created from “living” wood. From beginning to end, the process for each character takes three to four years to complete! Each nutcracker will undergo nearly 100 separate steps to become a functional and beautiful tool for performing the simple pleasure of cracking nuts.

Nutcrackers were traditionally made of wood, but now they are also made of brass, porcelain, and silver. One of the most sought-after nutcrackers in America is the Steinbach Nutcracker. Steinbach’s are still hand-made in Germany. They are incredibly detailed and come in figures that stand as tall as 18 inches high or as small as 5 inches high. Collectors appreciate these pieces because they are handcrafted, but not necessarily because they actually crack nuts.

Ulbricht, Memory Company, and Glasser are the top brand names for nutcrackers today. Collectors pay anywhere from $25 for one nutcracker, all the way up to over $500 for the finest handcrafted nutcrackers hailing from Germany.

In some homes, the holiday decorating would not be complete without nutcrackers of every shape, color, and figure. They’re used to adorn the mantle, the holiday table, the dining room sideboard, or hang as ornaments from the Christmas tree. Most collectibles purchased today aren’t truly functional nutcrackers. Rather, they serve to remind us of a simpler time in history and bring beauty to our home. 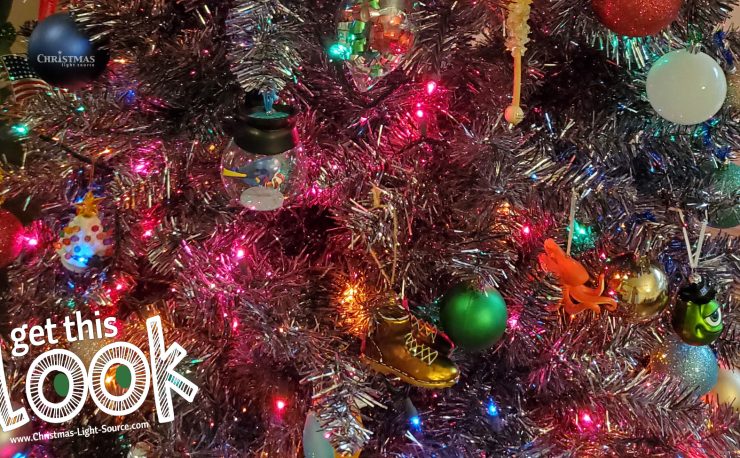 We love the wide variety of trees available each season. Finding the right lights can be tricky when a tree isn’t green or white. We love the black and silver tree in this Get This … 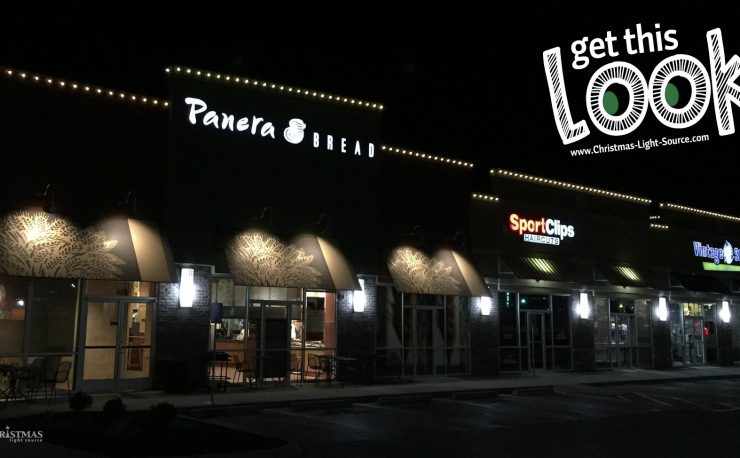 Driving through shopping centers during the holidays, it’s easy to see that lights along retail rooflines and trees wrapped with lights make magic. This Panera Bread installation shows the impact of warm white LED light … 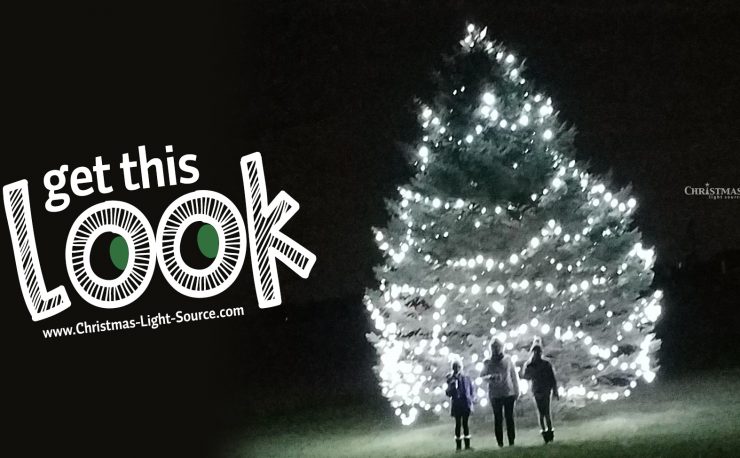 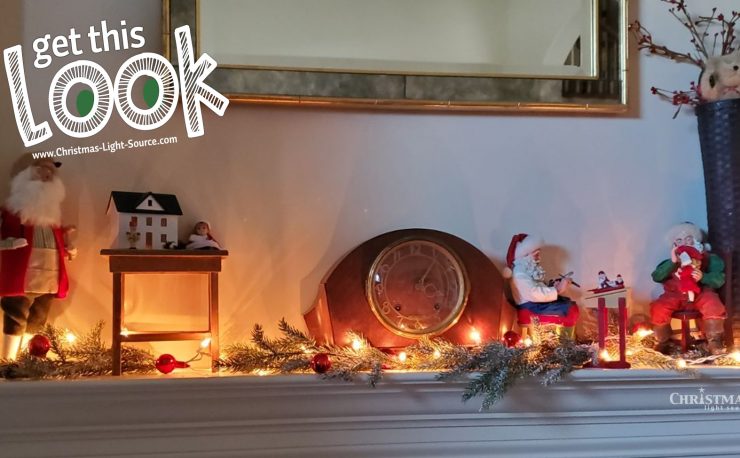 An inviting mantle is a quick easy project for the first time home-owner or a veteran. Assemble a few seasonal items, or favorite collectibles to accent your mantle any time of year. In the evenings, … 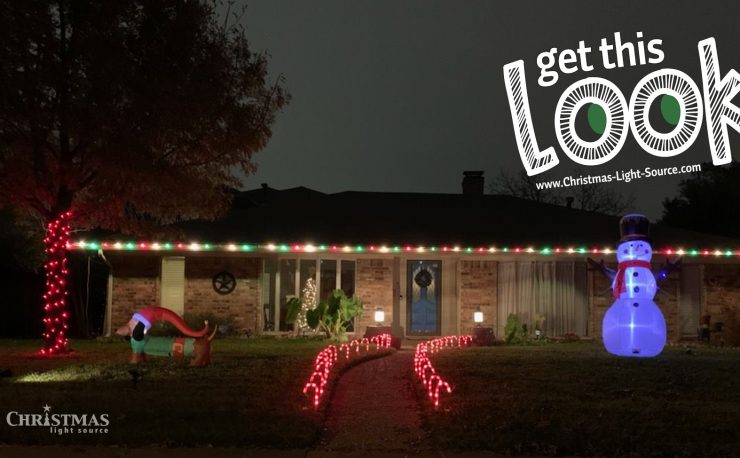 Get This Look: Classic Incandescent Red, Green, and White Bulbs

We love this traditional installation of classic C9 Christmas light bulbs in white, green, and red. And who doesn’t love a wiener dog inflatable? For first-time homeowners, this project was simple and economical. A fine …