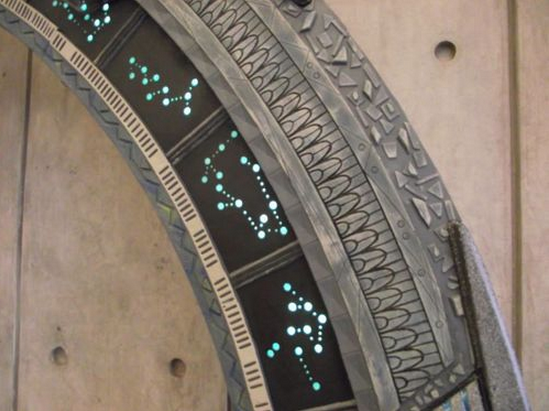 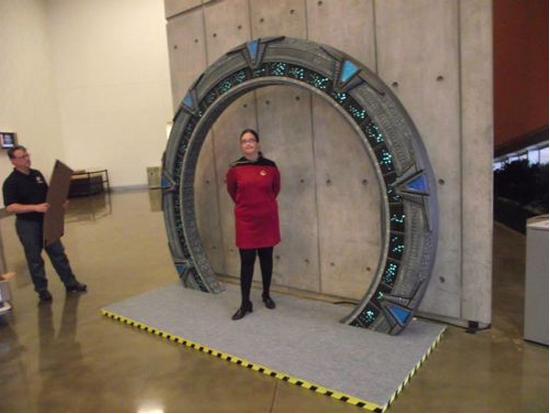 Just when you think you’ve seen every way a Christmas light bulb can be put to good use you meet a customer like Mark over at the USS Joshua (Science Fiction Fan Club).

These  are photos showing a scale model of a Stargate featured as an exhibit at the 2013 Dallas Comic Con in Irving, TX.

Here is a closeup of where they used C9 transparent lights to illuminate the star symbols on the gate.

The C9 bulbs worked great with cords they already owned.

And according to my contact, Mark, the gate was a huge success.  I can see that there was no lack of attention to detail.

According to their website, USS Joshua is the Dallas/Forth Worth Texas area’s largest and most active club for fans of Star Trek, Stargate, Firefly, Battlestar Galactica, Farscape, Star Wars, Babylon 5, and all manner of Science Fiction and related genres.

Sounds fun to me!

And… I just realized that I missed Nathan Fillion and Richard Dean Anderson at the Dallas Comic Con.

I’ll have to put that on my calendar for next year.

Well, at least I played a small well-lit part in the event.