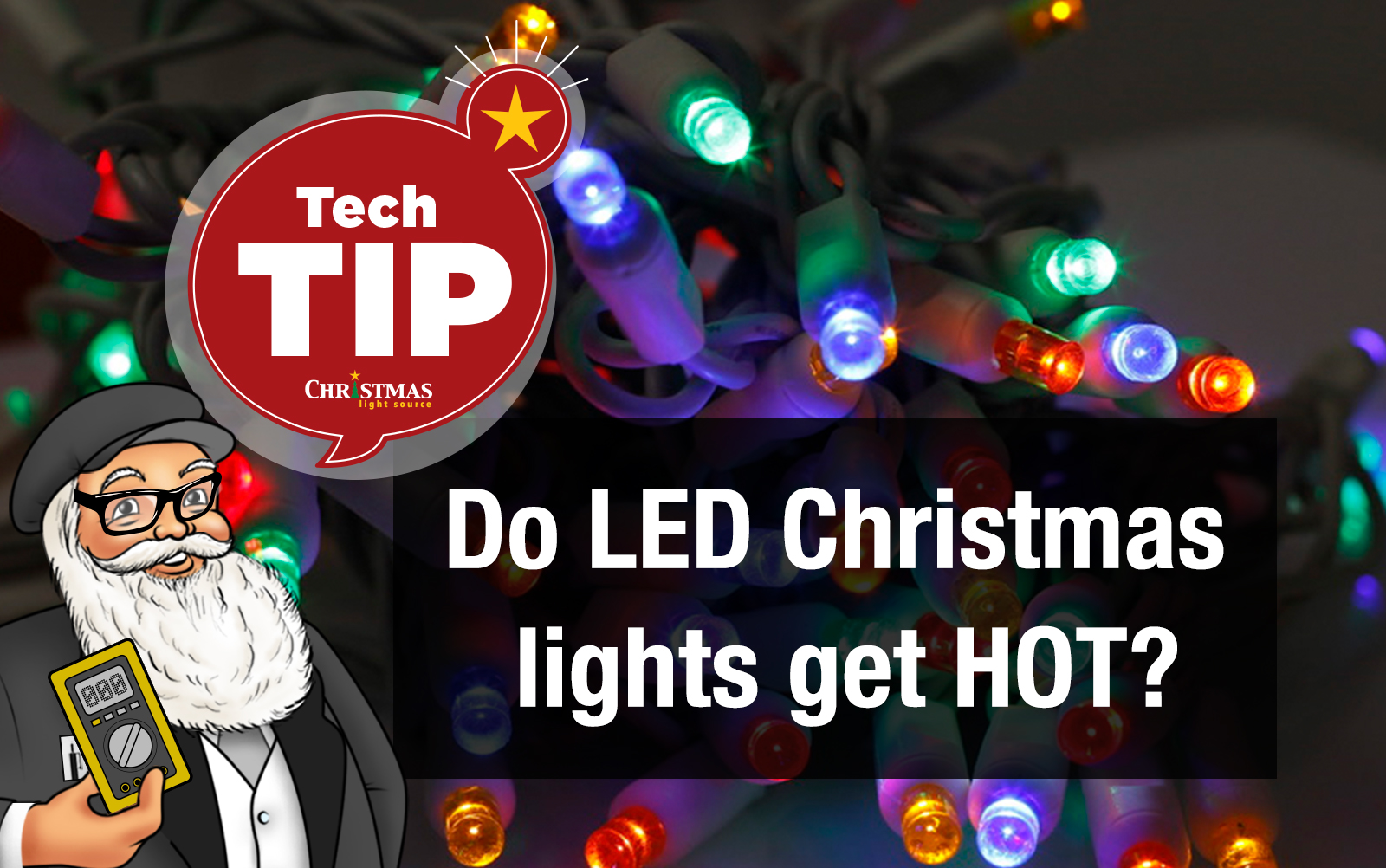 Do LED Christmas lights get hot?

Longer answer: No, they do not.

Joking aside, based on semiconductor technology rather than heating a filament like an incandescent bulb, LED bulbs and light strings do not heat up under operation.

See How do LED Christmas lights make light? for a brief discussion of filament vs. semiconductor light production.

This makes them a great choice for the following applications:

And even though they don’t heat up under operation, LED lights are still electrical devices and they deserve the same respect that any electrical appliance receives.

So, planning to put lights on a vintage armoire this Christmas or across a mid-century sideboard to light up this Friday night?

In any application where heat might be an issue, consider LED light strings first.

Then invite us to your party! We’ll bring the pimento cheese dip.

We love to hear this kind of customer feedback. And we’ll think about expanding this product line! Used this lights on the outside of a company vehicle for a socially distanced Christmas event. They lit …

A big thank you to Ben who sent us these photos of their first-time Christmas lights installation. Starting with a classic design made the project quick and easy. The traditional color and design leave plenty …

If you live in the Houston area, be sure to head over to the N. Loop 610 & Shepherd Chick-fil-A this season to enjoy their Christmas light display and a #1 meal with fries and …

We love this fantastic display that a Wyoming customer shared with us via Facebook this week. To get the part of the look that does not include the 3D yard art, here is a starting …