Every celebration is better celebrated with lights and the Jewish holiday of Succot, or Feast of Booths, is no exception. Succot is a yearly celebration commemorating God’s protection of the Israelites during the forty years they wandered in the wilderness prior to finally reaching the Promised Land. A new succah is built each year complete with wallsa and a roof. The roof is covered in green leaves. Netting is hung from the ceiling of the succah. Attached to the netting are fruits and vegetables. During the Succot festival, meals are taken inside the succah, along with other Jewish observances in honor of Succot. White mini lights would be beautiful strung across the roof and celing of the succah. The lights would softly illuminate the succah for evening meals.

The Jewish holiday of Purim is one of the most joyful celebrations of the year. The story of the salvation of the Jewish people is related in the book of Esther in the Bible. Esther became the wife of the King of Persia, despite the fact that she was a Hebrew. The King of Persia was not aware that his wife was of Jewish descent, so he gave full reign to Haman (his right hand man), to do what he wanted with the Jewish people. The evil Haman wanted to kill all of the Jews. As could naturally be expected, Esther desired the salvation of her people and risked her life to approach the King, her husband, without an invitation.

He graciously heard her plea for the the Israelites, granted them freedom and had Haman hanged. Purim is celebrated during the month of March of each year. Children and adults alike dress up in fancy, colorful costumes, often portraying kings and queens. Battery operated mini lights would be the perfect addition to a sparkly crown for the next Purim celebration. Delicious, traditional foods are served during Purim. Multi color mini lights or white lights would help to create a festive and fun atmosphere when used around and on the food tables, dinner tables, and perhaps the ceiling of the party space.

Chanuka, or the Festival of Lights, is a Jewish holiday celebrating the rededication of the Jerusalem Temple following the victory of the Maccabees. During this time in history, there was a miracle that took place – oil that burned in the Hebrew’s lamps for eight days without extinguishing. Chanuka celebrates this miracle, so the festival lasts for eight days. The colors of blue and white are the most prevalent colors when decorating for Chanuka. A combination of blue and clear mini lights – either traditional incandescent or LED – would be perfect for bringing warmth and beauty to the buffet table and drink table. LED battery operated mini white lights are the perfect addition to any centerpiece as well.

Consider also using LED light sets to decorate walkways, entrances to the banquet area, any artificial plants in the party room, or to drape along the edges of the tables along with large decorative bows. Lights are just the decorating accent you need to make your party, festival, or holiday celebration a special and memorable event any time of the year. 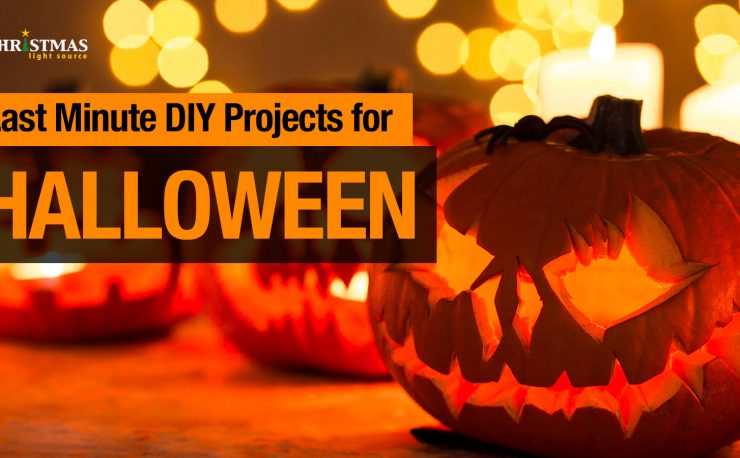 Halloween is around the corner! Here are our favorite quick and easy ideas for projects that use lights that are probably already in your Christmas stash: 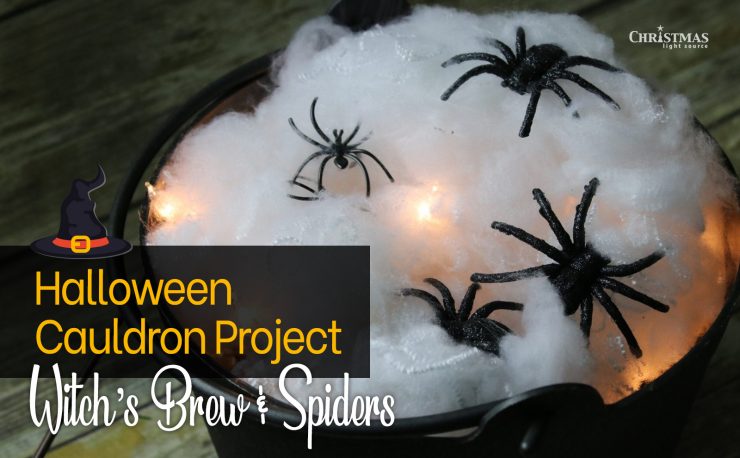 Spiders, witches brew, and lights, oh my! We love Halloween! In the southern part of the US, we will do anything we can to pretend it’s really not summer any longer even though the mercury Read More 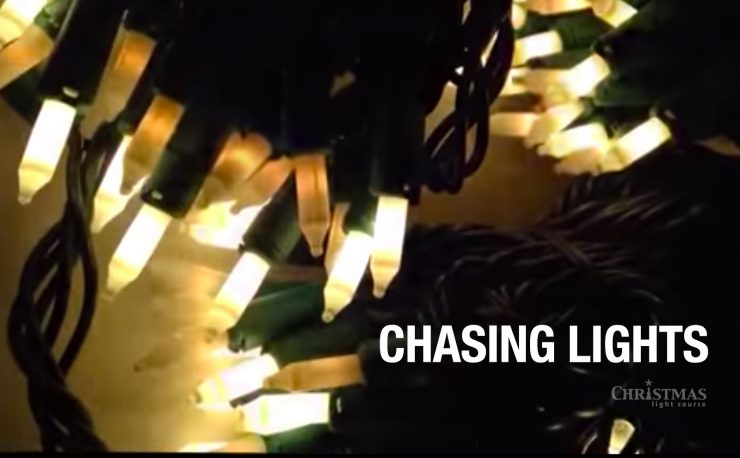 What exactly are chasing Christmas lights and how do they work?

We hear this question often enough that we thought we make it easier to find the answer here. Chasing Christmas lights are traditional incandescent lights that are built with (usually) 3 circuits that flash on Read More 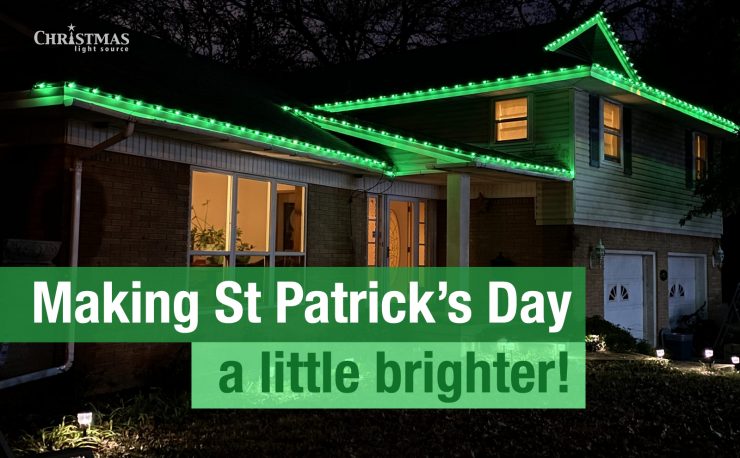 Always one to find a project – especially when we are all working and studying at home – David turned the house green for St Patrick’s! We know that Christmas lights make everyone smile so Read More 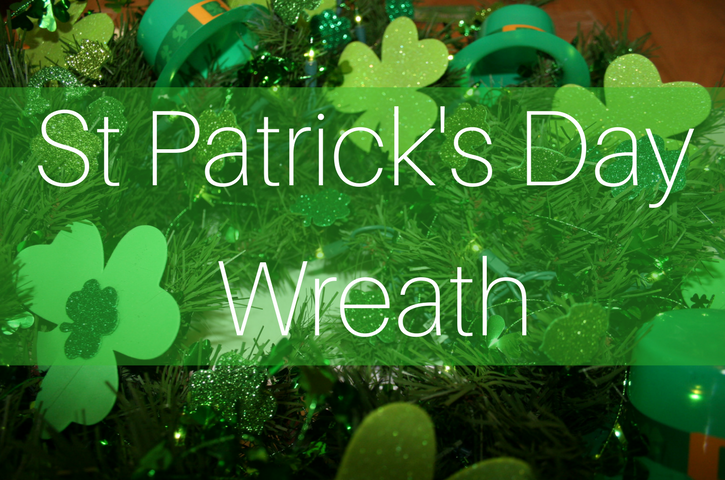 Making plans to decorate for St Patrick’s Day? Not sure where to start? Let’s pretend you have an old Christmas wreath with broken lights, a new set of green mini lights and $5 worth of Read More 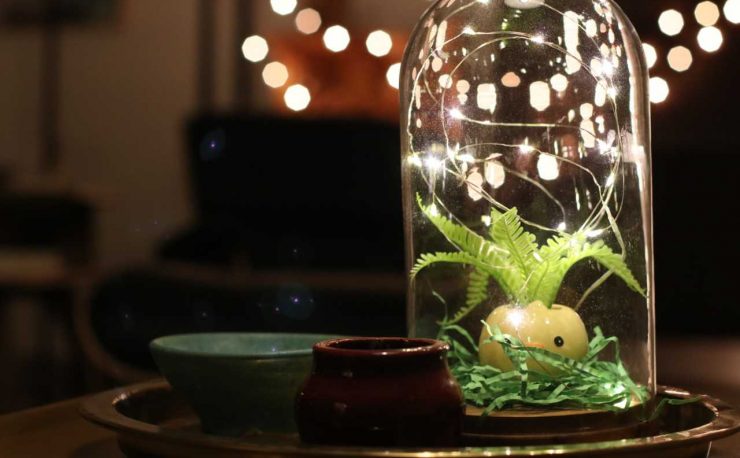 Easter is around the corner! Now is the time to look at our decor stash, through fun Easter aisles and create projects that will feel like Spring whether it’s warm outside or not! Since it Read More