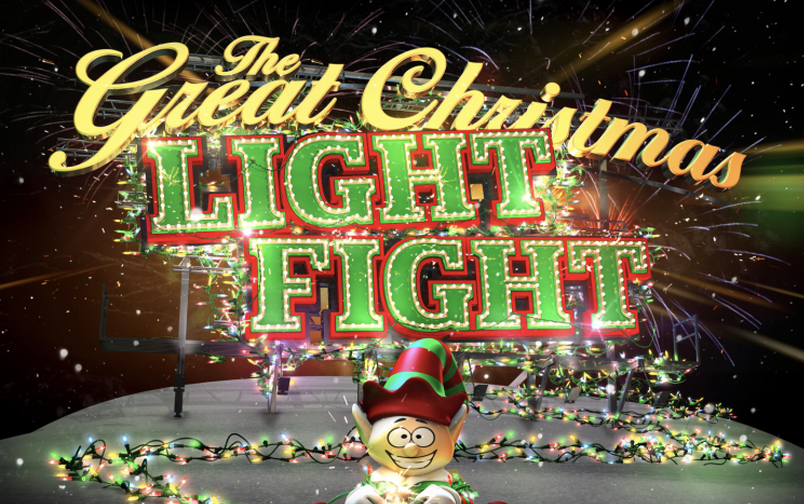 Did you catch the first episode of the Great Christmas Light Fight last Monday?

Here’s a link to the full episode:

I’ve been trying to roll out this blog entry all week and have a tremendous amount of new-found respect for bloggers who can instantly roll out a review of a show and have it published within minutes of the show’s ending.

Do you outline the entire show?

Give your opinion of the weeks winner?

It’s been an editorial struggle.

The Christmas Light Fight takes you across the country to see four family’s Christmas light display. Each week a winner is chosen and wins $10,000. Out of the four shows, the four winners then vie for the $50,000 grand prize.

We went from California to New York. There were some heart warming moments and some moments of dare I say it…. wretched excess. Over the top and a little low-key.

All four families had their own special spin on celebrating the season. While all the families were competitive, it was less fight and more Christmas celebration. Some focused on Santa and his elves and others featured the Nativity prominently in their displays.

In the end, one family was victorious and received their special Christmas light trophy and this week’s winnings.

And I have to say that I wholeheartedly agree with Michael’s choice for the week. Almost feel like flying over to take a look in person!

Pop popcorn, grab a hot cocoa and decide whose display is your favorite. Get inspired.

Weigh in with your opinion of this show.