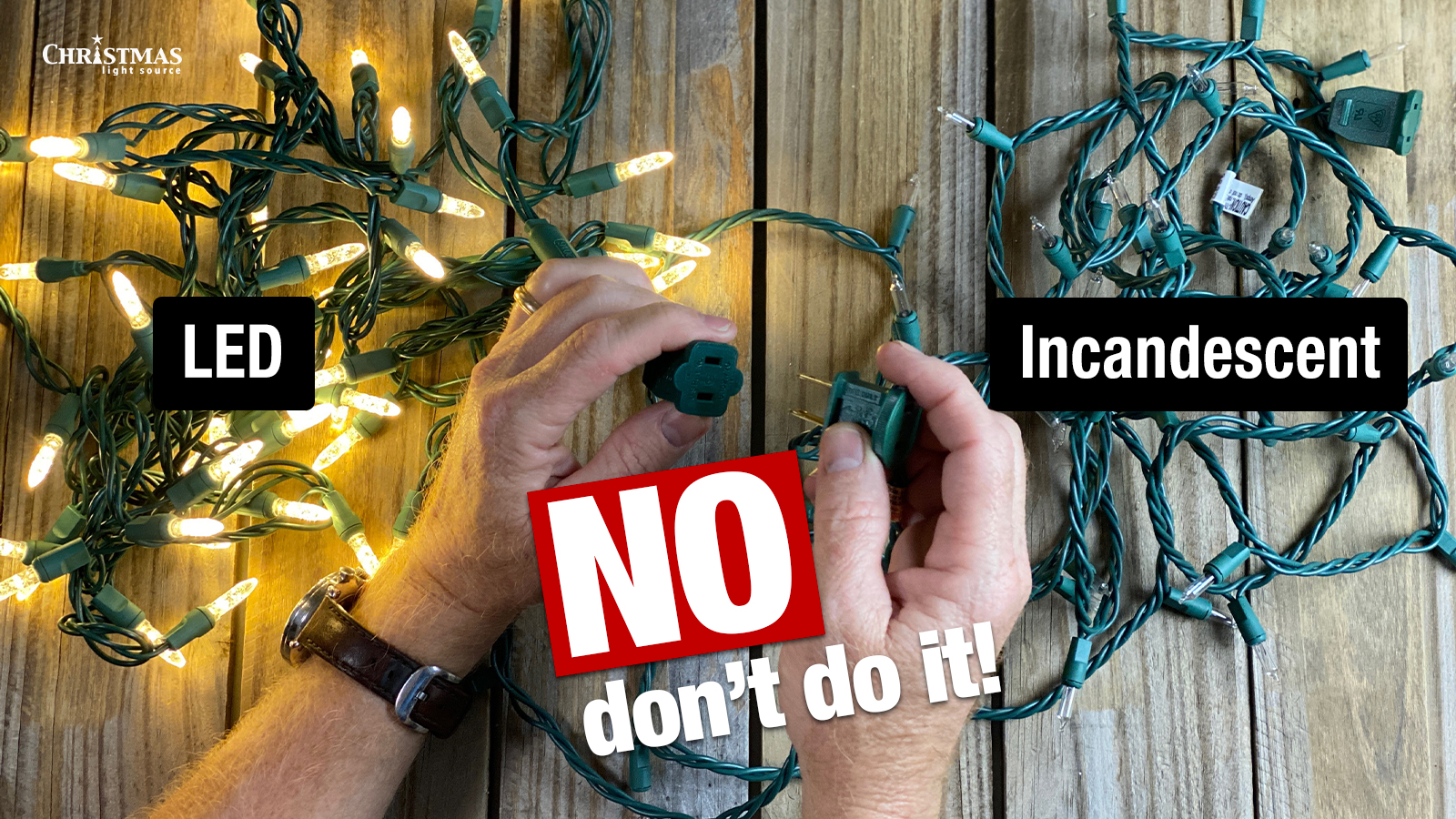 This is a common question. We are going to answer it in this post for light strings that are PRE-WIRED. We’ll answer this question for traditional C7/C9 cords that take either LED or glass bulbs in another blog post.

The types of lights referenced in this article are what you’d think of as Christmas tree lights.

Lights like these:  Incandescent Christmas tree string lights or the LED versions.

These light sets are manufactured in series and the same amount of current runs through all the light sets strung together.

And the more lights that are strung together, the more current they “pull” or require. (For more about Christmas lights wired in series vs. parallel head over here.)

Since the traditional incandescent lights have a much higher current draw than LED sets, pulling all that extra current through all the bulbs will damage your LED lights by either blowing their fuses or damaging the bulbs before ruining the light string.

In other words: Do NOT run LED and incandescent light strings plugged into each other.

We also suggest that you plug your LED lights into a surge protector whether installed inside or out.

If you have a question about parallel wired Christmas light bulbs and cords, head to this blog post about mixing C7/C9 incandescent and LED bulbs on the same custom cord..

16 thoughts on “Can I run Incandescent and LED light strings together? (…in series with one another? …end to end?)” 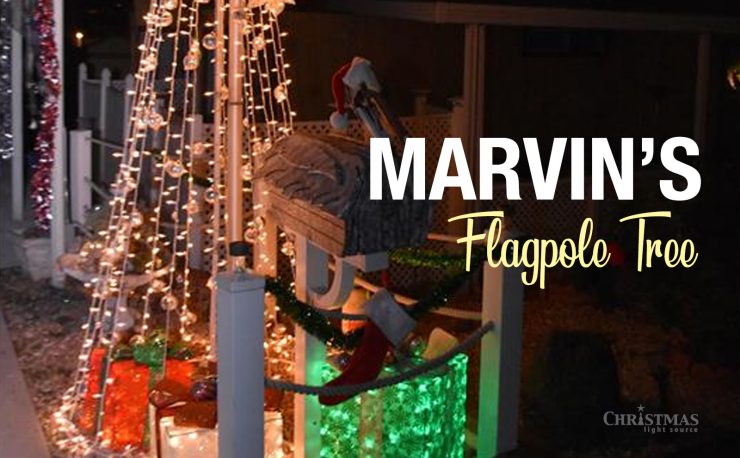 We love a great flagpole tree. Running string lights from the ground to the top of a flagpole becomes the centerpiece of an outdoor Christmas lights display. Thanks, Marvin, for sending us this photo of Read More