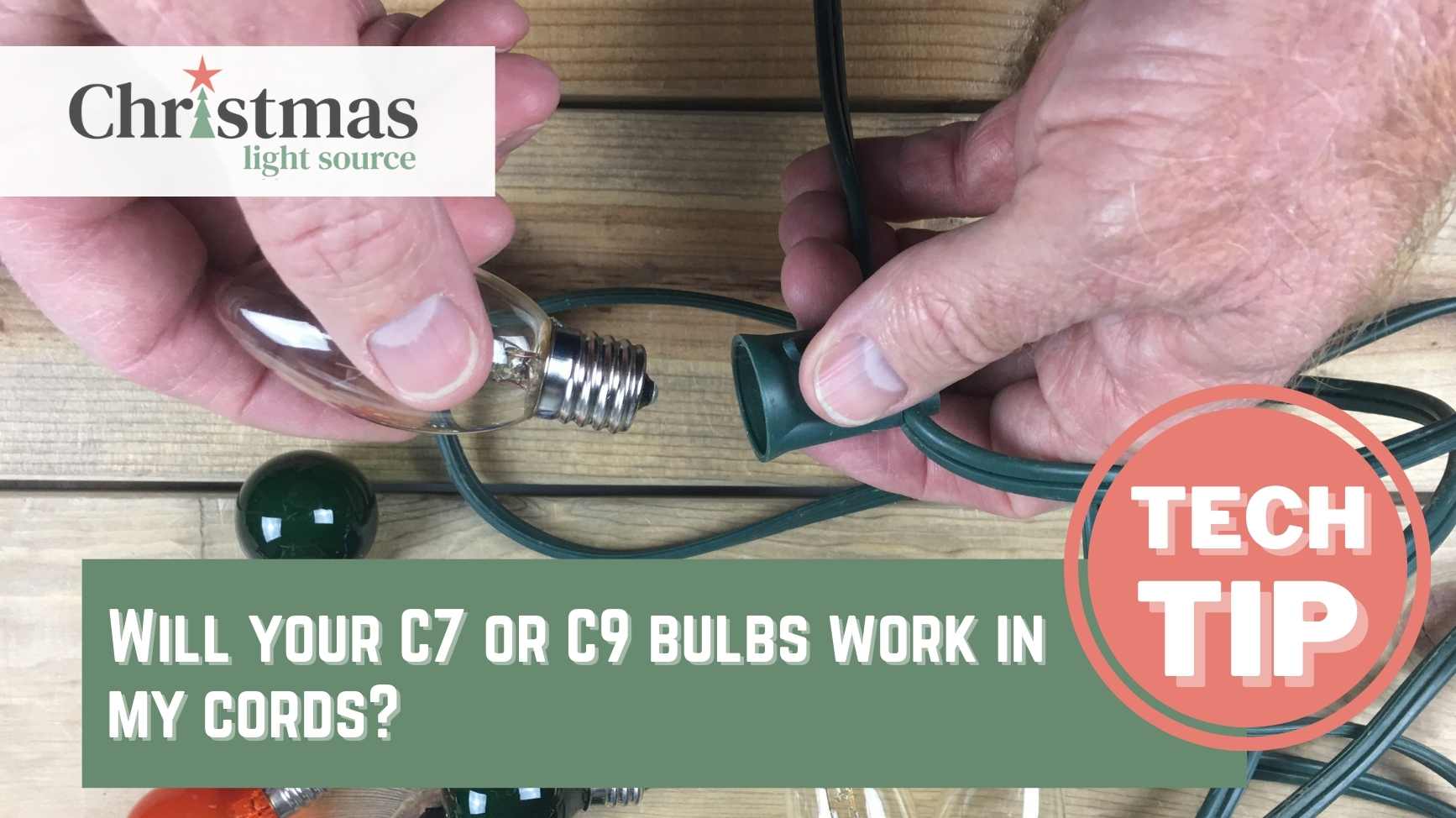 Longer answer: We used to be able to answer this question with a resounding yes when the question was about the style of bulbs that come as threaded bulbs and threaded sockets of the style that folks have been using to install lights around their rooflines for decades.

Now, there are a few non-standard types in town that we have been hearing about. We can no longer answer with an automatic “yes”.

Some of the big-box stores have been selling cheap light strings that are labeled as “C7” or “C9” trying to pass them off as traditional, standard Christmas lights.

Apparently, these pretenders that cost about $7 for the cord and bulbs have slightly smaller, non-standard sockets than what has been historically called C7 or C9.

But how will I know? Look at the specified size of the sockets.

There should be some sort of specification on the box they came in stating the rating or size of the bulbs the cords are compatible with. C7 bulbs in cords that have E12 bases and C9 bulbs work in E17. (As a note, that 12 and 17 mm in diameter!)

There are also bulb and cord sets that have bulbs with push-in bases. These would also be problematic to replace with traditional C7 or C9 bulbs.

If you have a few sets of these non-standard C7 or C9 light cords and are looking for bulb replacements, the best place to start is at the store where they were purchased to see if they are stocking replacement bulbs or contact the light string’s manufacturer.

To be sure that C7 or C9 replacement bulbs will fit a cord in the future, purchase a standard, traditional, commercial-quality 18 AWG Christmas light cord of the style that has been used for years. (And for 25-foot cords, they might be made with 20 AWG wire.) They would naturally be wired in parallel. That means that if a bulb is removed the rest stay lit since the bulbs are wired at constant voltage instead of constant current. (Constant current light strings are usually made with 2 or 3-wire harnesses like traditional smaller Christmas tree light strings. If you remove a bulb, all the bulbs in that part of the string’s circuit go dark.)